The land that was once the El Dorado of the Conquistadors who were greedy for gold and treasures is today beloved by travellers in search of authenticity and diversity. It is home to an abundance of cheerful and enchanting landscapes, vibrant, colourful and teeming cities and a people who are warm, diverse and festive.

What better location to search for treasure of the cultural, artistic, historical and natural kind? 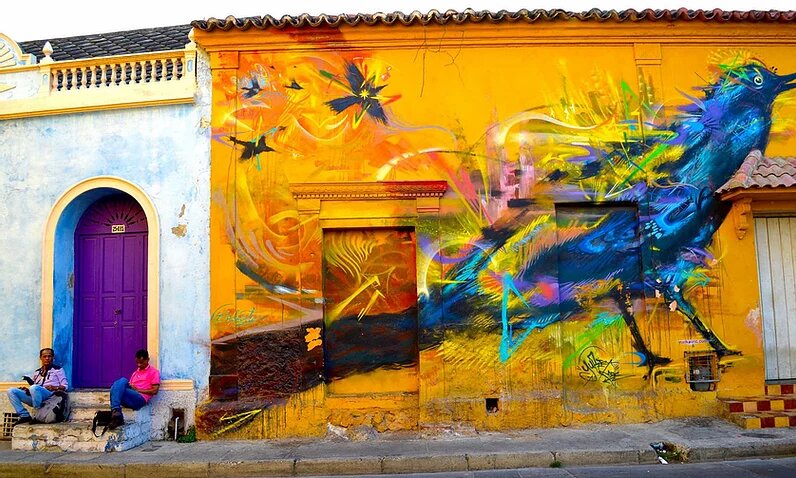 Since it threw open its doors to tourists, Colombia has been better known for its intoxicating potential than its intoxicating substances. It’s adios to Pablo Escobar, the Cali cartel and the civil war. The country that was home to some of the worst collusion is now unleashing passions and addictions of a whole new kind.

As one of the richest countries in the world in terms of biodiversity, Colombia is a magnet for nature lovers and thrill seekers. There’s plenty to interest culture and history buffs too. With an arty capital, busy urban centres and colonial nuggets, the country often known as Locombia (referring to the Spanish word loco meaning ‘mad’) is an immense patchwork of history, cultures, architecture and nature in perfect harmony. A few years ago Colombia’s reality became as magical as the genre, and the country that is twice the size of France has reaped the fruits of the work it has put into security, pacification, social involvement, education and the economy, which is experiencing a boom.

Colombia’s tourism office is not wrong when they say: “Colombia: The only risk is that you won’t want to leave”.
You’ve been warned! 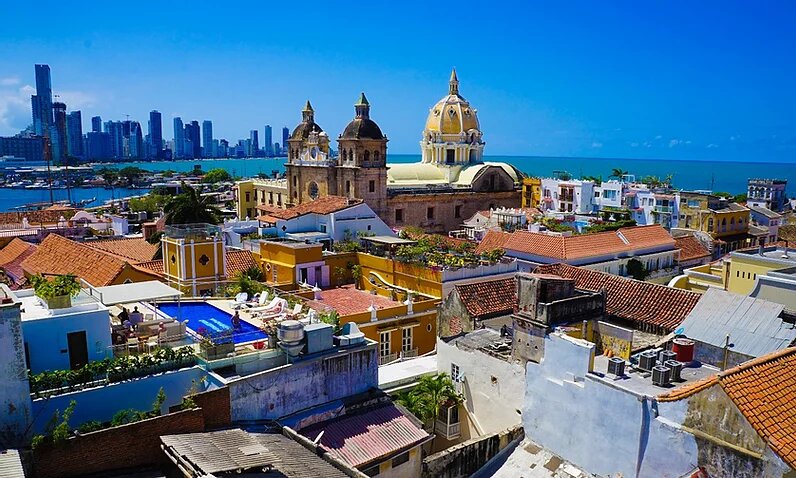 Colombia is home to a whole range of colonial-era districts and cities that you can’t help but admire. From Bogota’s Candelaria locality to the white city of Popayan, not forgetting the wacky pueblito of Silvia, good living can be seen, savoured and experienced everywhere. Lovers of secret stopovers should take a peaceful break in Santa Cruz de Mompox. Travellers will enjoy the magic of this sleeping beauty’s languid, timeless atmosphere that even the music that floats through its narrow streets at nightfall cannot stir. People who swear by cities that are UNESCO world heritage sites should be sure not to miss a break to Cartagena. With its Andalusian palace, centuries-old archways and Caribbean feel, visitors will have every opportunity to walk in the steps of Gabriel Garcia Marquez, travel back to the 16th century or try out the steps of the cumbia.

Although nuggets of gold no longer form part of the landscape of the most flourishing port in Latin America, its baroque gems make for one of the most beautiful postcard views in Colombia.

Treat yourself to a shot of culture and some creative fizz

Colombia is also known for its culture and counter-culture.

The Museum of Gold in Bogota will dazzle your retinas. Goldsmithery, gold jewellery and precious stones play testament to the importance of the precious metal in pre-Hispanic cultures. The gold rush has given way to a fever for art at the Botero Museum in Bogota and Medellin. Voluptuous works of sculpture form the common thread of any journey through Colombia. You can find them in all their pomp in the squares of Bogota, Medellin and Cartagena. Everywhere they rub shoulders with crowds who touch, scale, photograph and idolise them. The exuberant imagination of the Columbia’s maestros opens unexpected doors for visitors: those of the gallery owners of Bogota, the artists’ collectives of Medellin and the street artists of Cartagena who invite you to discover the new art scene that is flourishing throughout the country.

The golden road gives way to the road of black gold!

To reach Colombia’s coffee plantations you have to adventure to the high Andean plateaus of the Coffee Axis in the west of the country. It is in these incredibly mild lands that the beans from which the most popular drink on the planet grows flourish. With its coffee plantations that stretch out as far as the eye can see over the hills, its wax palms that dance with the clouds and its multi-coloured haciendas, the zona cafetera has all the ingredients for a 100% pure Arabica aroma. Coffee lovers should push open the door of a coffee finca (farm) to discover the process for producing and roasting Colombia’s very best vintages. Those looking for beauty would do well to head for San Felix on the heights of Salamina for a rich experience (like Colombia’s coffee!) set among 50 different shades of green. How we love all of Colombia’s different colours!

And we haven’t even talked about the Tayrona National Park, the San Augustin archaeological site, the Rosario islands, the nature reserves of the Colombian Amazon, Cali or the lost city of Teyuna. As you will have gathered, Colombia is an inexhaustible destination that poses a great risk… of addiction! ! 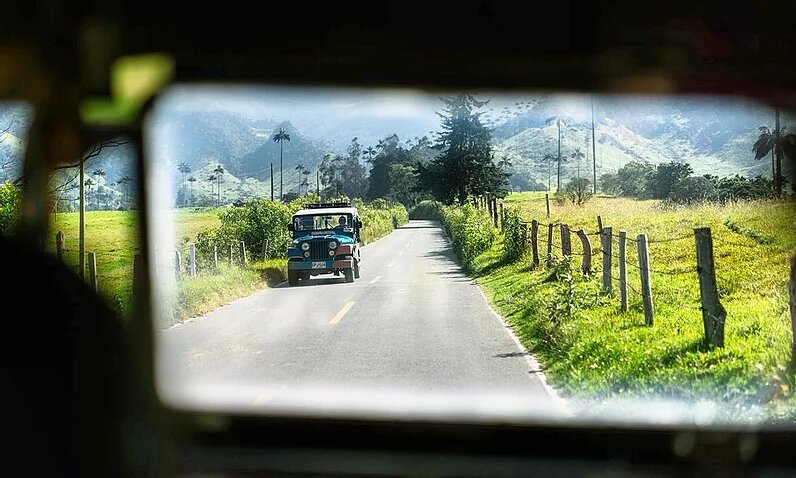 And to make the addiction complete
,
Visit from December to April for 15 days or more

– FOUR SEASON – CASA MEDINA –
(BOGOTA – a destination undergoing great change)
In Bogota, the historic hotels are stepping into the limelight. This is an unmissable place to stay in the capital that re-opened its doors at the end of 2015. 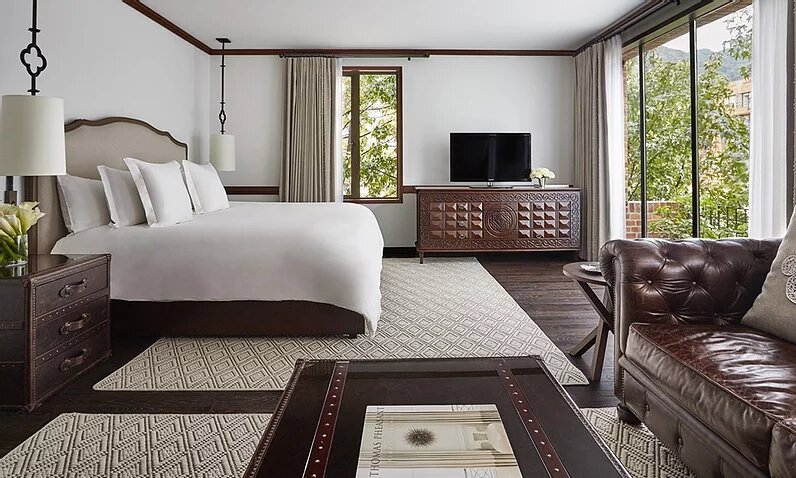 – HOTEL BIOMA –
(MOMPOX – Colonial-era cities)
Good things come in twos (or more!) in Mompox, and its architectural charm can also be found in Charly’s selection of the best places to stay. 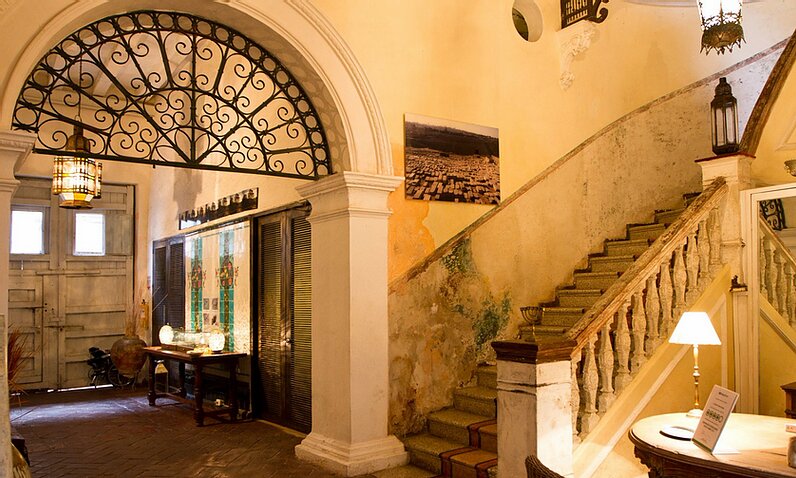 – SIGNATURE EXPERIENCE –
(SANTA MARTA – At the heart of the Sierra Nevada)
In addition to a private nature guide, an exceptional chef will regale you with local specialities.You have the option to fly over the archaeological site of the lost city and national park of Tayrona in a helicopter.Your private property looks over the Caribbean, at the heart of a verdant forest and coffee fields. What more could you want? 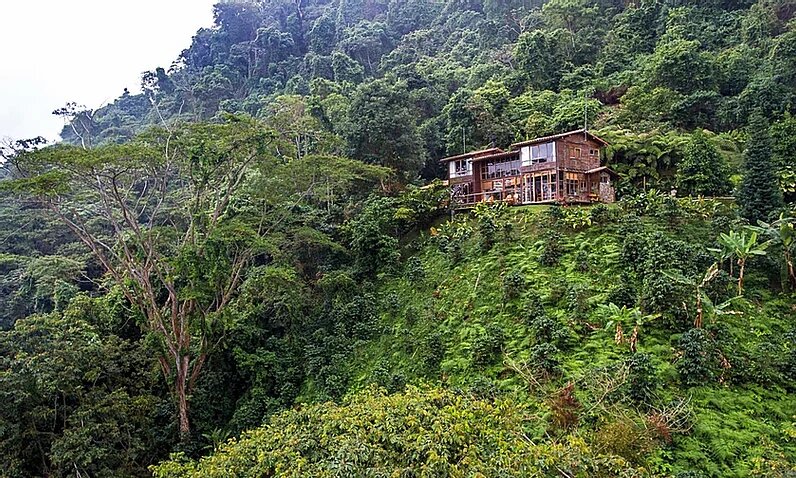 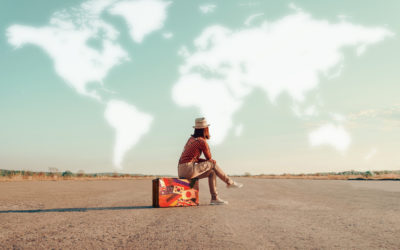 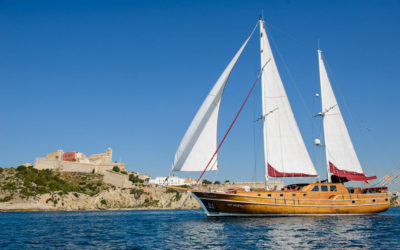